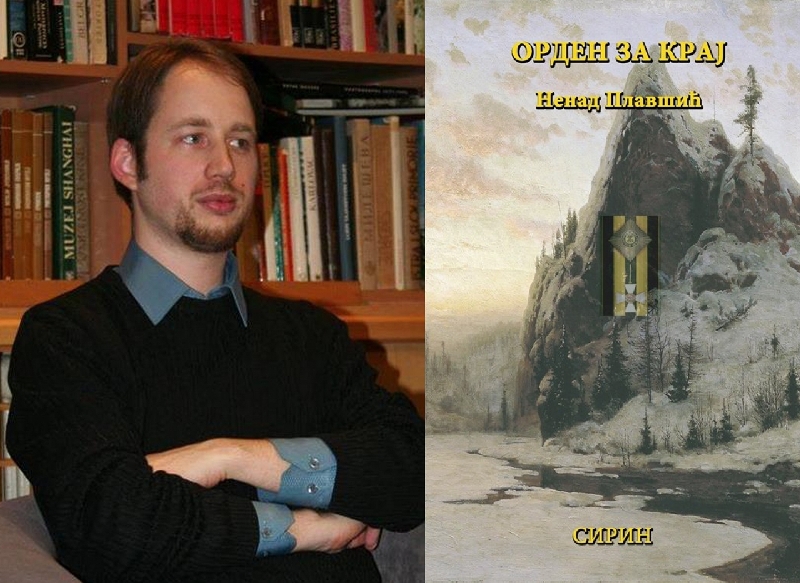 PROMOTION OF NENAD PLAVŠIĆ POETRY BOOK “MEDAL FOR THE END”

After collection of stories and poems “Black tears”, young writer Nenad Plavšić presents his book of poetry, “Medal for the end”. Promotion of the book will be accompanied by an exhibition of artworks by members of the Literary Club “Sirin” – Violeta Đurđević Zoran Trkulja, Cvetana Čordić and Marija Lesan.

Poetic and artistic evening at Guarenrius will be opened by writer, literary and film reviewer, president of PEN Centre of Bosnia and Herzegovina – Nedžad Ibrahimović. About the book will speak journalist and writer Nada Arbanas and Jelena Vukićević, reviewer.

Nenad Plavšić was born in Belgrade in 1986. Stories and poems published in “Literary Gazette” and in several electronic journals. Member of the Union of Writers in the country and abroad (SKOR). He published a collection of stories and songs “Black Tears” (published by “Alma” in Belgrade). Represented in several anthologies. He won numerous awards for literature.

On 2013. and 2014. was Deputy Chairman of the Writers Union of Belgrade, currently the founder and president of the Literary Club “Sirin”.