The leading Serbian violinist, Maestro JOVAN KOLUNDŽIJA, graduated from the Belgrade Academy of Music under Professor Petar Toskov and continued his post-graduate studies with Professor Henryk Szeryng. During his early career he became Professor Szeryng’s favorite disciple and one of the most praised violinists in the world. Maestro Jovan Kolundzija gave more then four thousand concerts all over the world.

Maestro Kolundžija is the founder of Art Centre GUARNERIUS in Belgrade, the most exclusive chamber hall in this part of Europe, hosting great musicians from all around the globe, as well as the important young talents. Since its founding in 2001, Guarnerius Centre organized more then 750 programs, in Belgrade and in the region.

In the year 2013, Guarnerius Art Centre was, by the Government of the Republic of Serbia, given the status of the Cultural institution of national importance.

NUMEROUS AWARDS AND PRIZES testify of his high artistic achievements, both at home and abroad, most notably:

Special diploma at the International competition Wieniawski in Poznan, Poland 1967.

Award of the Hungarian Television – Budapest 1971.

The Award of the Association of Yugoslav Composers – Belgrade 1971.

Orlando Award (for the best concert at the Dubrovnik Summer Festival) 1982.

October Award of the City of Belgrade 1988.

Gramme of the Patriarch of Serbia Mr. Pavle 2002.

Award GOLDEN BEOCUG for permanent contribution to culture of Belgrade, 2006.

Award of City of Belgrade for best concert and great and permanent contribution in culture of Belgrade 2007.

Diploma of the City of Sarajevo 2007.

In the year 2011. he was awarded with the Best male musician award, from the prominent magazin Muzika Klasika

Award Manager of the year in the field of culture, given by the Serbian Association of Economic Journalists in 2014.

Republic recognition “Kapetan Miša Anastasijević” for the affirmation of Serbian music culture in the world 2014.

Vuk award for a long-term contribution to development of the Serbian culture 2014. 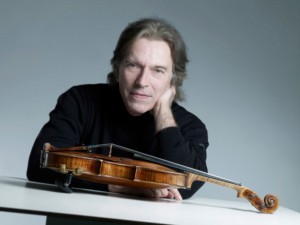 In 2008. he performed in Belgrade a program DO YOU LOVE BEETHOVEN consisting of complete opus of Beethoven sonatas written for solo violin and piano, during four successive days.

In 2010. Jovan Kolundžija had enclosed the idea of performing the entire opus of all the great composers, presented to the Belgrade audience, but also to the audience in the region. Project IN THE HONOUR OF THE GREAT BRAHMS brought to us all the Bramhs Sonatas for violin and piano. 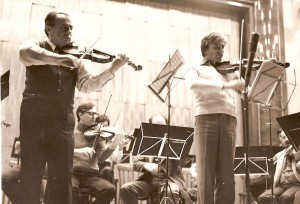 ARTIST HE HAD PLAYED WITH

MaestroKolundžija has manyCD and LP recordings, including CD of complete opus- Sonatas and Partitas for solo violin by J. S. Bach.

He also participated in special concerts organized by UNESCO in Belgrade and Paris, and has done recordings for numerous radio and TV programs, only for national TV RTS he has more than 300 hours of recorded programs, (he appeared twice in the worldwide famous Jacques Chancels shows organized by the French Television). He is a member of FIAM – Unesco and he has numerous recordings to his credit, including the recently released CD of complete Sonatas and Partitas for solo violin by J. S. Bach.

He plays on the famous Guarnerius violin made in 1754. by Petrus Guarneri in Venice, which was recommended to him by Professor Henryk Szeryng in the USA.

…A FEW QUOTES ABOUT MAESTRO KOLUNDŽIJA

“ Jovan has the inborn qualities which cannot be learnt or taught. By this, I mean the quality of the sound, the warmth, the humane approach to music, the feeling for style. He is a happy combination of heart and spirit… He reaches the highest peaks of performing art….An exceptionally brilliant international career lies ahead of him…” (Henryk Szeryng)

“…We admired the great command and the fire of your performance, your mastery of projection and unique conception…” (Yehudi Menuhin)

“ His future career promises to be spectacular”. (Alexis Weissenberg)

“…We listened to Jovan Kolundžija, maestro from Serbia, who has got all the prizes that could be won, with more than 4000 concerts all over the world …The sound that Maestro creates on his Guarneri, is so wonderful, sweet, humble … In the hands of a great master Kolundžija, Guarneri “attacks” the compositions, and the execution is a masterpiece! Eyes closed, Kolundžija is concentrated in an attempt to reach out to metaphysical heights of Bach works.

Kolundžija shows virtuosity at the highest level: the speed and complexity, clean and clear sound…I have never attended an event that agitated the audience so much (even those to whom it was the first contact with classical music), who hardly restrained themselves from applauding.

The skill of Kolundžija, music of Bach, the view at the starry sky at the end of the concert, a full heart and more hope in the future – the feelings that always accompany an excellent concert!” (Manuela Cortezi, Emilia Romagna Festival 2013)

SOME OF THE REVIEWS 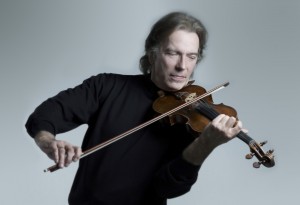 “…He recreated the spirit of the music by the sureness of his execution, the roundness of his pure, clear tone…” (EL TEMPO, Bogota)

“…The lyricism of an expanding, vibrant soul…” (LE MONDE, Paris)

“…A talent which appears once in hundred years…” (VJESNIK, Zagreb)

“…And finally, the Yugoslav music miracle, violinist Jovan Kolundzija, one of those that rarely appear in such intensity of all happily inspired and ripe components predestined for supreme music making…” (VJESNIK, Zagreb)

“Unusual high romantic style of interpretation and good loocking appearance of Slavic Robert Redford completed the picture of a perfect artist. Kolundžija brought us back to the “golden age” style of  romantic way of interpretation ” (Richmond Times – Dispatch)

“His art in performing on violin represents a kind of mission in our Country, his charismatic personality brought to concert halls an amazing audience and thousand of admirers, many children decided to play on violin thanks to him. His art represents more than the performance itself, more than one concert and on performance – represents art mission…” (part of justification by the Committee of the City Belgrade at rewarding Kolundžija in 2007.)

“…His exceptional biography this evening got its confirmation in all that has said his professor, great violinist Henryk Szerying calling him “great combination of heart and soul”….His relation toward music was intimate, but serious, virtuoso but ample, he placed highest standards to the music…” not reaching the tears sentimentality, which is often heard on concert podiums…” (Branka Radovic, Politika 2008.)

“During four nights of Beethoven and Kolundzija we heard hundreds of motives, one more beautiful than other, appearing, interweaving, playing with piano in illusion, simplicity and clearness of phrase – which is the hardest to reach….” (Gordana Krajacic, Borba 2008.)

“During four concert nights in Kolarac hall, Jovan Kolundžija performed all of ten Beethoven sonatas, accompanied by pianists Natalija Mladenović and Nada Kolundžija. In much bigger music countries, Europe and the world, between violinists younger and older generations, it is the real rare privilege to audience to participate at such events…Kolundžija has reached the real accomplishment which is the dream of biggest violinist of the world…Kolundžija with deep concentration, calm, very well-measured, completely in coordination, logic in form and expression, has reminded us to old values of the music….attending the interpretation carried with his own charisma. Real triumph!”

“Sonata and variation of V. A. Mozart have left the public without words and with frenetic applause. The impression left on classical music fans has just confirmed the critics of biggest experts. For Kolundžija they told that he possess such qualities which could not been learn, that he is the jewel between world famous violinists, one of the best.”

“His celebrity is celebrity of a performance and art duration. He performs on a noble violin of Petrus Guarnerius dated 1754. from Venice, however the softness of the sound and nuances reached, no instruments will be able to sound so greatly unless it is leaded by master hands.”

“In the list of events that are, without any doubt, marking the hole year, is our grand maestro Jovan Kolundzija, and his outstanding performance of 15 Mozart’s Sonatas in the “Bravissimo Maestro Mozart” project…and we would say “Bravissimo Maestro Kolundzija!” (Vinko Šale, Večernje novosti, 2010)

“The best Bach performance that I have ever heard!” (Antonio Vilardi, composer, pianist and general manager of the Saint Michele Theatre in Brussels, 2011)

“From the moment he appeared at the music scene, Maestro Jovan Kolundzija enchanted the audience, colleagues and critics with his unique musicality, elegance and magnificent charm. It is a remarkable data that he had over four thousand concerts, that he interpreted integral opuses of Beethoven’s and Bach’s Sonatas, and that in the year 2001. he founded the Art Centre Guarnerius in Belgrade, that has always been inclined to the young artists.

At his last concert at the Kolarac Hall, with the ensemble St. George Strings, he had once again verified his remarkable biography, performing popular pieces by Kreisler, Saint-Saens and Sarasate (and those are the hardest to play, they are well-known, seem easy to perform, but are very demanding for the performer). Overcoming his desire to show virtuosity, in dynamic and emotional nuance and wonderful communication with the orchestra, he was playing musical phrases very gently.” (Gordana Krajačić, Književne novine, 2012)

“Jovan Kolundžija – an artist for all times! The great Schering called him a „unique jewel“, admiring to the tenderness of his sound and a sense for style, always with personal touch to each performance. He presented us virtuoso compositions, very demanding, showing his technical superiority and lavish, romantic meditation…there are not too many artists who can reach elegant style of Maestro Kolundžija.” (Literary Magazine, November 2013)

“Maestro Kolundžija is calm, noble, dignified, dedicated to the violin. He is almost defined by the Bach’s Chaconne from the Partita No. 2, that he is performing in his own manner, somewhere between intelectual and emotional, prudent and expressive – different from any other violinist in the world.” (Daily news Politika, November 2013)