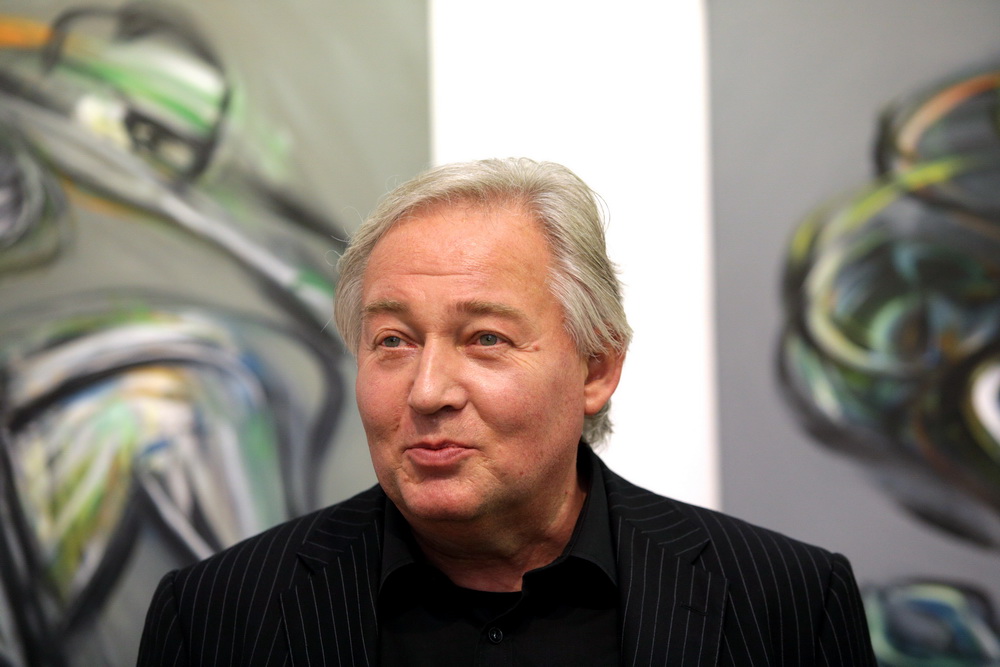 PERFORMANCE – EXHIBTION OF AN OUTSTANDING ARTIST

The exhibition will take place on 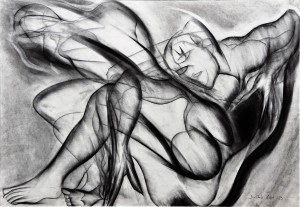 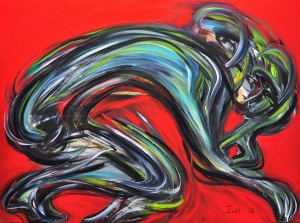 Duško Šibl was born in Zagreb in 1951. He graduated from the department of Comparative Literature and Art History at the Faculty of Philosophy  in Zagreb in 1977. After finishing his studies, he started travelling in search of artistic knowledge and education. He went to London where he graduated from Byam Shaw School of Art in 1982 (painting). He continued his education under professors Peter de Francia and John Golding at the famous Royal College of Art.

In 1986 he obtained his postgraduate degree there with flying colours.

Šibl has been living and working between three cities: Zagreb, London and Dubrovnik and since 1982 he had many solo exhibitions and also participated in important group exhibitions in Croatia and in Europe. He came to prominence in 1985. when a leading London publication for exhibitions and galleries published his work „Untitled in tempera“ on the front page of its July issue. At the same time, two of his works were included in the famous Pirelli calendar for 1986. The former artistic director and designer, Martin Walsh, has selected twelve artists from the Royal College of Art to form, in cooperation with the photographer Bert Stern, 24 compositions, among which two were of Šibl’s vision of the model Gloria (month of July). In the same year, he was noticed during the second International Exhibition of Contemporary Art in London at Olympia Exhibition Hall, as well as in Zagreb in the Forum Gallery, where he organized  his first large scale of monograph exhibition. Since 1982 until today he had sixty solo and more than twenty great and important group exhibitions all around the world and in his home country. 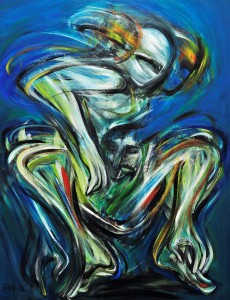 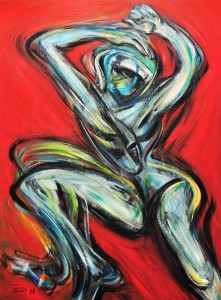 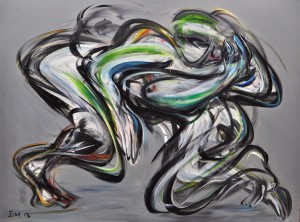 Since 2008. Duško Šibl is collaborating with other forms of art which was for him a chance to get out from his painting shell and enter the area  of performance art. Gave several performance-exhibition arround the world which achieved great success.

From one of Duško Šibl interviews for the press:

“ I am considered to be an expressionist. That is not my perception. I do not like categorisations. Critics very often like to classify artists into drawers. I do not see myself in any of them. What I do is very authentical and emerges out of me. There is a contact with the primordial, primitive African art. Each of my paintings includes symbolic elements by which I tend to express my reflections…the human figure is a symbol for everything and I am obsessively consistent with it. In fact…I do not think much about it.

Today Dusko Šibl  works and lives of his painting as a freelance artist or disciplined bohemian – as he called himself, which in addition to ateliers, with London, Zagreb and Dubrovnik, bind him the consistent spiritual and creative connections. 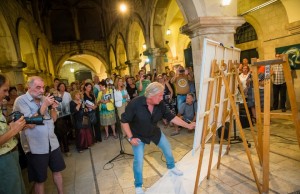 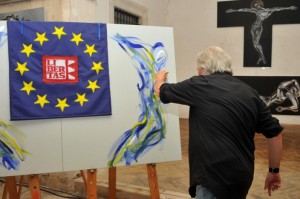