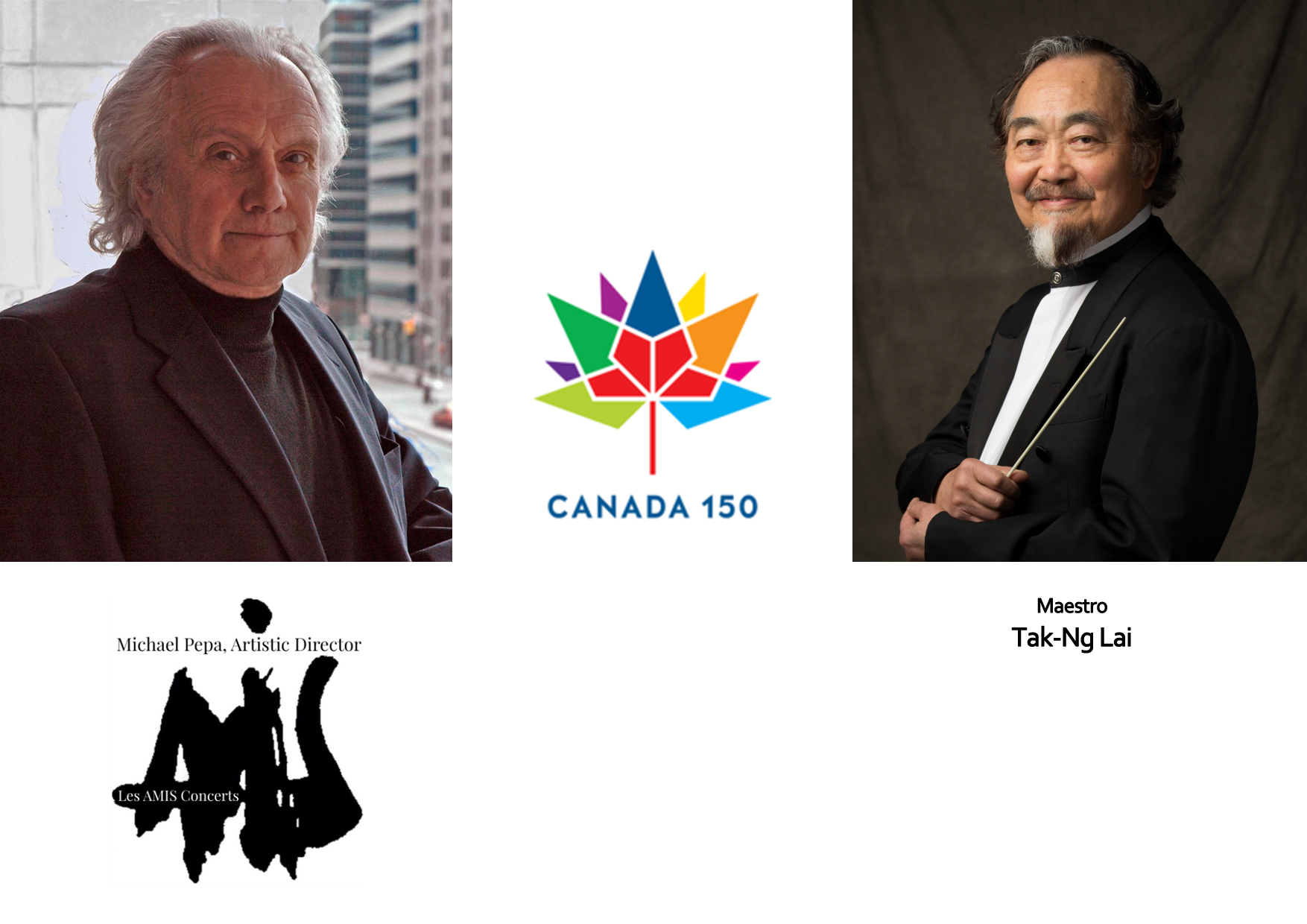 “A Stroll Among Canadian Composers” – films about Canada’s musical heritage

“A Stroll Among Canadian Composers”

Members of Les AMIS and the CANADIAN SINFONIETTA conductor and music director, Maestro Tak-Ng Lai, are delighted and proud to celebrate the sesquicentennial, Canada’s 150th, by bringing music by Canadian composers to an international audience.

Canada’s history of musical composition spans genres from classical to rock, indigenous to new wave, opera to film.  For a nation only one hundred and fifty years young, Canadian composers have imagined soundscapes that are both unique, pushing the boundary of musical form, as well as traditional, complementing established styles.  The following documentaries sample only a minuscule subset of Canadian composers, exploring their passions, their muses, their creative insights.  Taken from the archives of the National Film of Canada – one of Canada’s cherished institutions – the films provide a glimpse into Canada’s musical heritage.

Follow Dr. Healey Willan, a composer, conductor, choirmaster, organist and teacher, from his seat at his favourite organ in the church where he is choirmaster to his study where he works, the Royal Conservatory of Music in Toronto.

Philadelphia Music Director Yannick Nézet-Séguin has gained a reputation for his dedication, musicality and charisma. Combining documentary and animation, this short film captures his energy and passion, both in performance and in conversation.

During woodland rambles with his beloved dogs, Howard Shore gives free rein to his ceaseless creativity. Whether composing delicate counterpoint or Oscar®-winning movie music, Shore is keenly tuned to a remarkable range of musical expression.

“When you listen carefully to the soundscape it becomes quite miraculous,” says R. Murray Shafer. In this portrait of the renowned composer we witness a documentary, which becomes a lesson unto itself, gracing viewers (and listeners) with a singular moment of interactive subjectivity.

This animated documentary leaps back and forth between picture and sound. The dynamic visual art dances in syncopation with the bold musical strokes of an original modern classical composition.

A short montage marks the 150th Anniversary of the Confederation of Canada that transmits its past, present and future through its people, places and ideas.

This is a stunning rendition of the Canadian national anthem performed by a 57-piece orchestra and wonderful visuals.